The Kansas Association of Directors of Plant Facilities (KADPF) is a not-for-profit organization designed to provide professional development opportunities for school facility managers. The annual technical conference and trade show features a training curriculum relevant to facility management of K-12 and post-secondary institutions, and a phenomenal interactive trade show featuring the newest products on the market as well as those tried-and-true products used by facility managers for many years. Please plan to attend the 2018 KADPF Technical Conference & Trade Show scheduled for October 14 – 16, 2018 at the Capitol Plaza Hotel in Topeka Kansas. Conference attendees from K-12 and post-secondary schools include plant facility managers for schools in the state of Kansas (Including those who are responsible for buildings and grounds, environmental safety, custodial trades, and student transportation), businesses, vendors, or individuals that service and support the functions of school facilities in the state of Kansas.

Energy Efficiency:
• Obtaining HVAC on a Limited Budget
• How to Address Maintenance While Saving Energy Costs 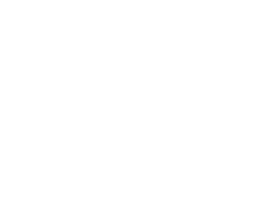 Aaron Davis has shared with over a million people about performing like a champion from personal experience! As a member of the 1994 National Championship Nebraska Football team and working with numerous corporations & organizations, he understands firsthand what it takes to perform like a champion & experience incredible results both personally & professionally!

Aaron is not just a speaker “telling” other companies and individuals how to succeed. He’s in the trenches everyday as the President of his own Consulting Firm ADP, Inc and the partner in two other successful companies www.greenbein.com a media production company that specializes in adding digital interaction to existing marketing efforts that increases engagement, acquisition & revenue for their clients & www.boxwire.com a virtual suggestion box used by some of today’s top companies to receive feedback from both customers & employees.

His speaking & consulting company Aaron Davis Presentations, Inc. received the Chamber of Commerce “Outstanding Minority Owned Business” award and Toastmasters International awarded him the “Communication & Leadership Award”. The Lincoln Business Journal also awarded him as one of Lincoln’s 40 under 40 business achievement awards; and he’s also received the Key to the city of Lincoln by former Lincoln Mayor Colleen Seng.

He has authored three books and co-authored two others that are changing the lives of thousands! His best friend is his wife Brooke and his greatest treasures are his two sons Aden and Keenon and daughter Niya.

Funding for the keynote speaker provided our valued sponsors. Thank you for your generous donation.